At last I have time, and permissions, to post my experiences as the DOP of the upcoming feature film “Who Killed Nelson Nutmeg”

Simply shooting this film was a blast! The team which numbered more than thirty on occasions all pulled together to allow the child actor(esses) to shine with great performance. To be at the very sharp end of that process, actually pointing and focussing the camera was great fun and a great privilege.

The film is ‘for kids, starring kids’ and those kids really were the stars of the show.

In shooting really we tried to keep everything simple, I had one direction which was make the camera be ‘part of the gang’.

For starters here are a few shots from the film that I am allowed to show. The colour is ‘first light’ that means they will get a lot more polish before the release.

Billy – Caught in the Rain.

Woody – going over the cliff

It is really hard to know what to write about the shoot. Simply I tried to keep the schedule moving along and shoot simple images that would clearly communicate the story and show performance. To say the camera was invisible is of course a mile from the truth, but we as a department tried not to en-fangle the performances by making people worry about camera technical stuff holding up the day – and yes we always had a lot to shoot in the day.

One thing about this film is that I have always felt that shooting movies was a far heavier process than it needs to be (in todays age of excellent cameras), hopefully we kept a little of that ‘simple’ vibe going.

For those that care we shot with a Black Magic Cinema Camera 4k, my Nikon lenses, a few lights and reflector boards and a couple of monitors (tv screens to allow the directors and I to see the action). That was pretty much it. Sound was done by the, very important, sound department. I had a camera department that moved between one and three extra pairs of hands.

Before we rolled camera the costume makeup, props had to be sorted by the ‘art’ department and the performances worked out by the actors and the directors, Tim and Danny. After rolling the digital data was taken from me by a ‘DIT’ team who back everything up and get all the footage ready for the editor.

It is simple – in the way that building a palace is simple – just stack up enough small bricks.

With 30 people waiting for you if you waste 2 minutes you have wasted a ‘creative hour’ – anyway here are some of the gang. 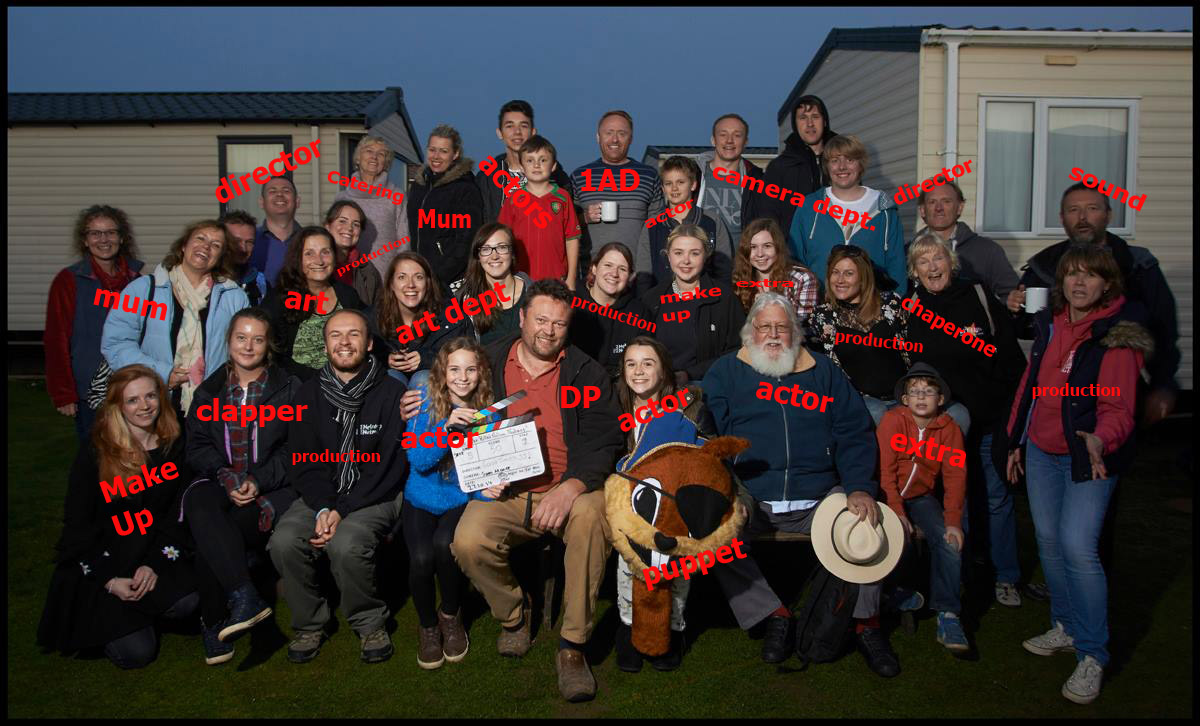 Me – behind the lens!

Humping gear across the Chesil pebbles using my rickshaw which was also used for filming some chase action.

Danny Stack getting the cool director look squared away 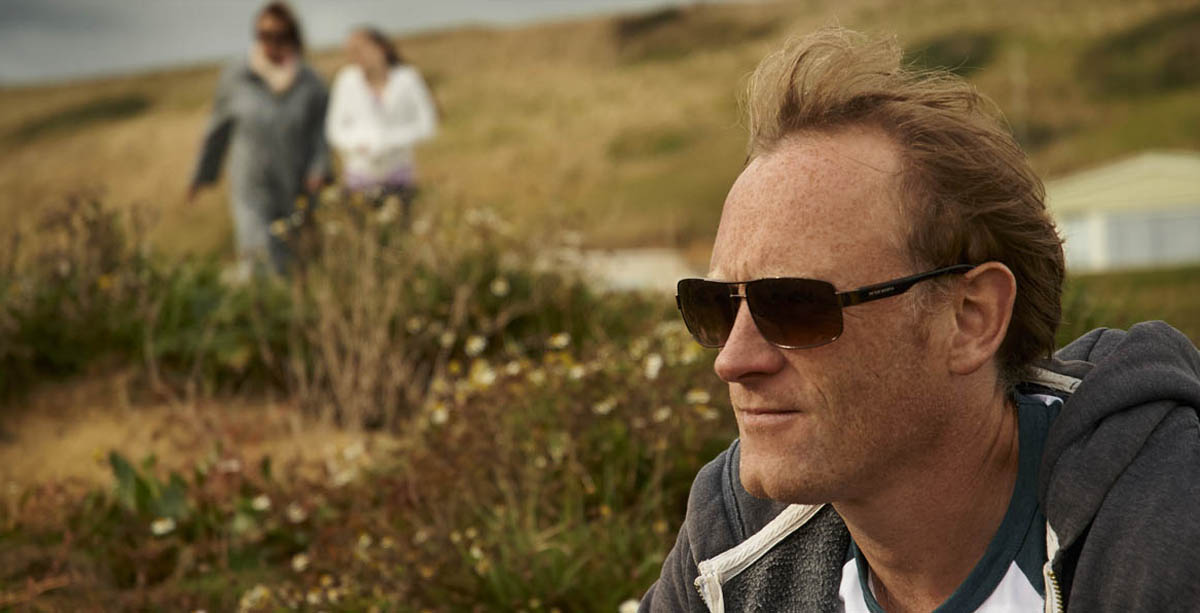 Cast and crew move across the beach 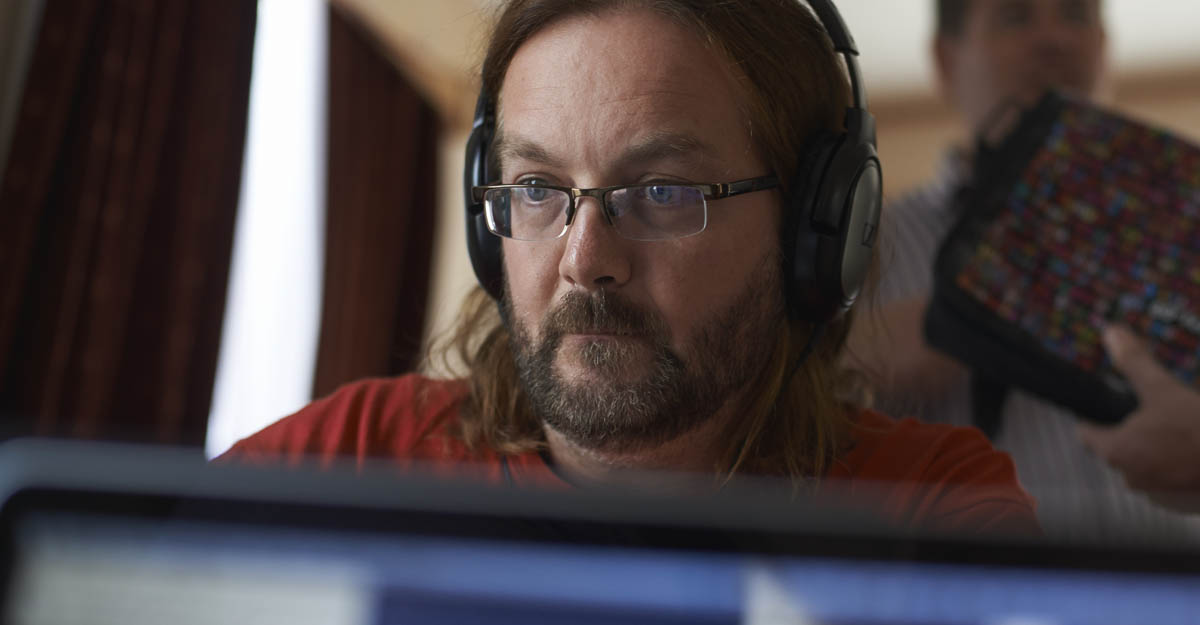